According to psychologist Dr. Cliff Arnill, the most depressing day of the year is the third Monday of January. This year “Blue Monday” was January 21st. Although the date seems rather arbitrary, it is no secret that many people’s moods tend to be lower at this time of year. So I’d like to help beat the mid-winter blues by talking about the health benefits of laughter and humour.

It’s kind of a no-brainer: laughter is good for you. And the research backs that up. For example, a University of Maryland study showed that laughter helps blood vessels function better. Subjects were randomly assigned to either watch this funny movie:

or a movie that produced mental stress like this one:

Then they switched. After subjects watched the funny movie their blood vessels expanded and there was increased blood flow; but after watching the stressful movie, the vessels constricted and blood flow was reduced.

The beneficial effect of laughter and humour on the immune system has been well-documented. In an Indiana State University study, participants who watched a funny movie had reduced stress and higher activity of natural killer cells (immune cells important in fighting cancer). Several studies show an increase in IgA (immunoglobulins that help protect us against upper respiratory infections) as a response to watching comedy programs.

Oxford researcher Robin Dunbar has shown that laughter and humour increase the body’s production of endorphins, the brain’s feel-good hormones. He raised his subjects’ ability to tolerate pain by exposing them to comedy programs. An increase in endorphins can improve the body’s ability to handle pain.

Laughter is good for you psychologically as well. Herbert Lefcourt, a psychologist formerly of University of Waterloo demonstrated that the ability to sense humour can moderate stressful events and buffer mood disturbances in response to negative life events.

So go laugh! Here are a couple of links to get you started: 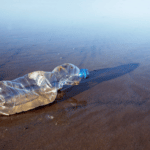 Upsetting the Balance: Endocrine Disruptors and Your Health 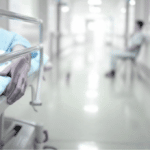